Perhaps you’ve always had a close relationship with your child, but now as they navigate adolescence, your bond has faltered. This may leave you feeling confused or even unworthy as a parent. Our DBT therapists have experience working with children, parents, and family systems to analyze behavioral patterns resulting in dysfunction. We have seen great success among the families that have used our comprehensive DBT program.

The developmental stage in which a child becomes a teenager and later, an adult, brings many changes. During adolescence, teens are trying to figure it all out. Teens have newfound independence, which means self-exploration and questions. It also means confronting the systems (parents and family) that have established the rules for their whole lives.

In addition, they are beginning to rely on their friends more than their family members. Teens prioritize their friends’ opinions and activities more than their families’. This can be hard to witness, as you may observe your teen spending time with friends who make poor choices. Or, maybe your teen has closed you off, which makes you even more nervous because you have no idea what’s going through their head.

During adolescence, teens are experiencing intense feelings. While they are gaining some control of their lives through increased independence, they may be experiencing loss in other areas. They are going through an intense period of change! And all humans struggle with intense change. Additionally, it must be noted that while all of these changes are happening, they have new expectations placed on them. From outings with friends, bodily changes, finding individuality, dating, and even starting to work, teens are dealing with many new situations. 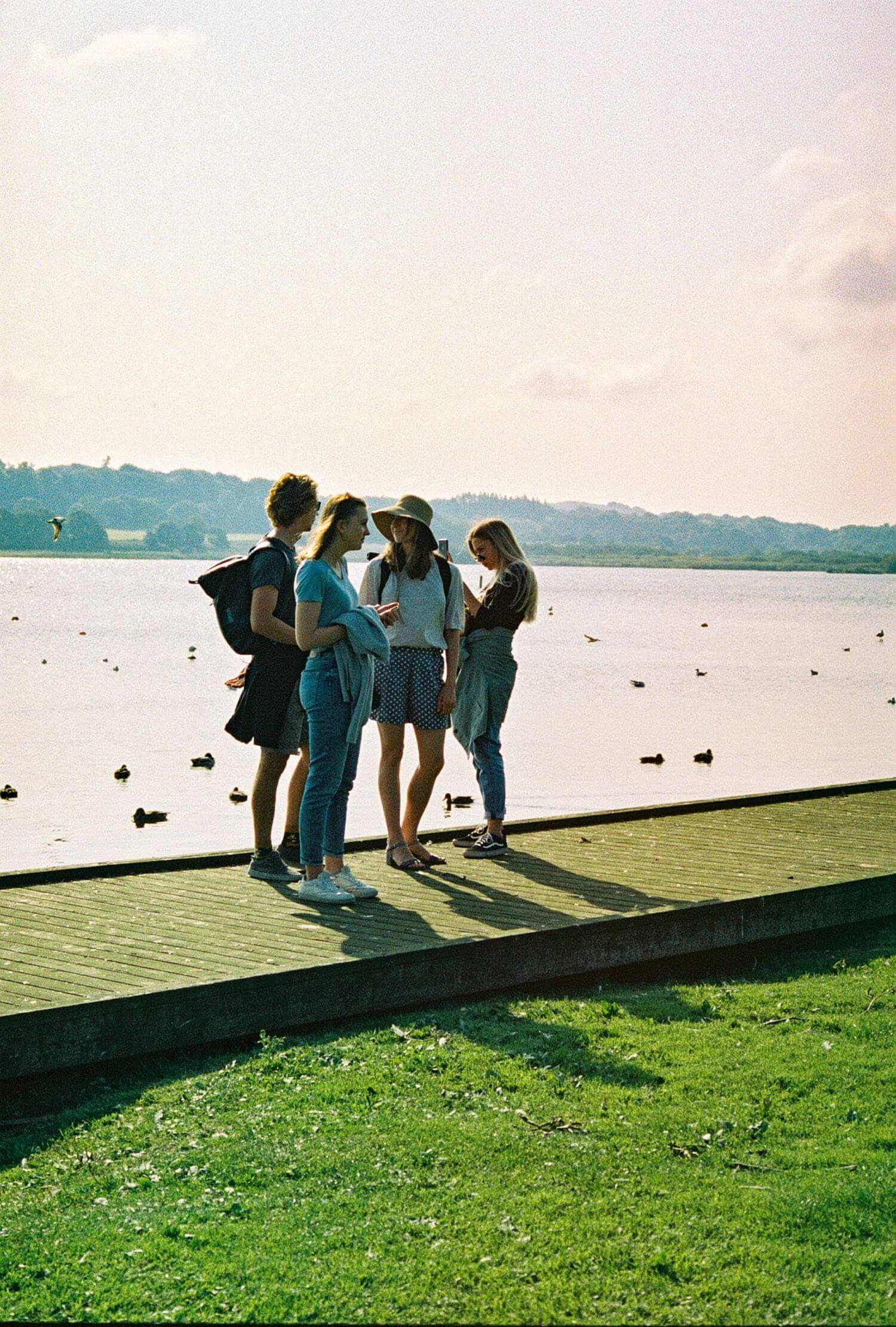 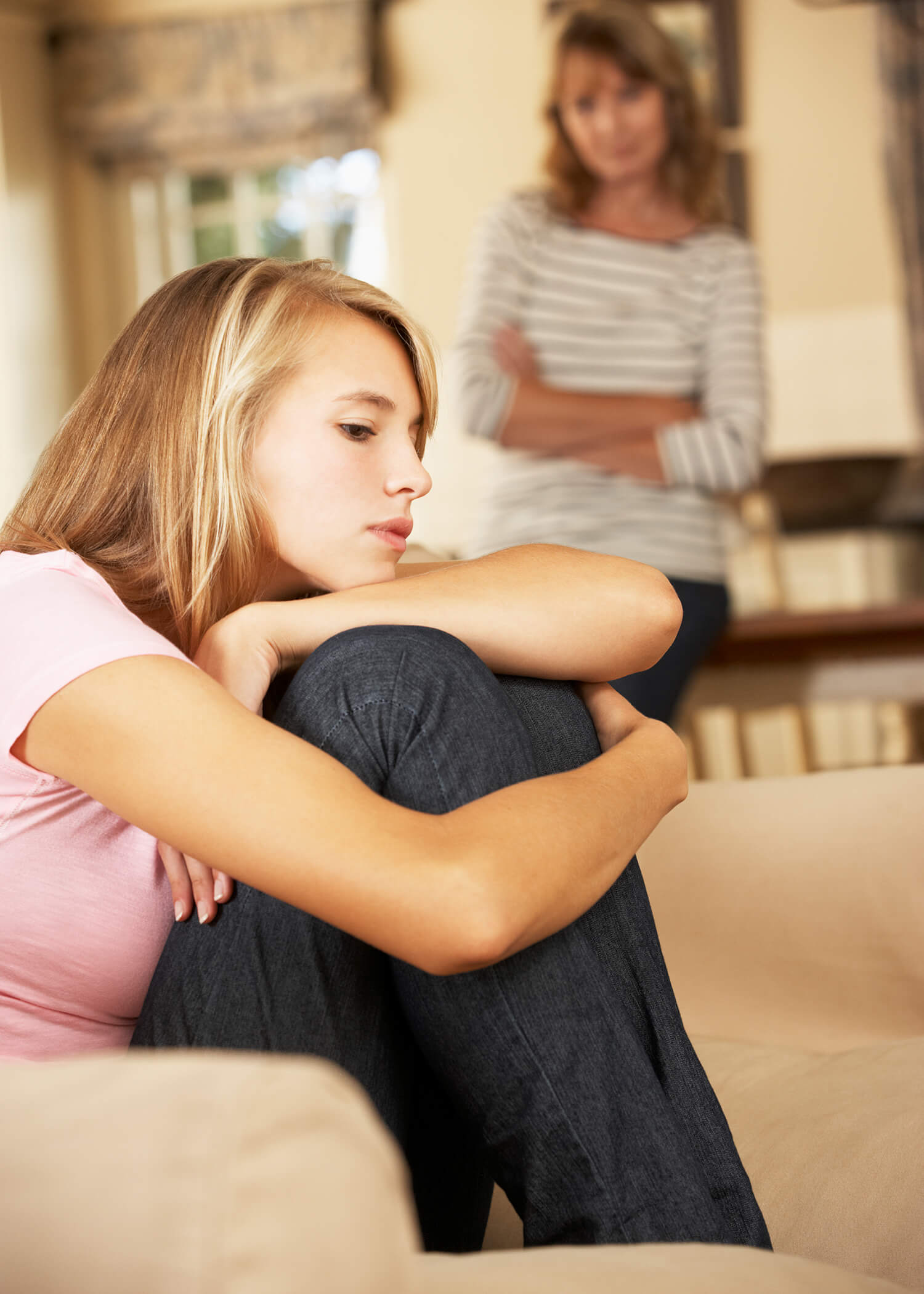 Perhaps you’ve tried engaging with your teen and are only met with resistance, sassiness, or disrespect. This can make you feel angry and frustrated, resulting in increased conflict in your home. Your adolescent may not have any interest in spending time with you anymore. Furthermore, they may even be lashing out at you or their siblings. These behaviors can be confusing! Where did your sweet child go? Why don’t they want to spend time with you anymore? Your feelings as a parent are valid. But so are your teen’s.

It is essential to approach the adolescence period with empathy. Your teen is trying to understand who they are and how they belong in the world, both within your family and outside of it. As they discover independence, they will also encounter trial and error in figuring out what that looks like.

As teenagers experience intense emotions and thoughts, they may struggle with identifying healthy behaviors and coping strategies. Dialectical Behavior Therapy is a proven psychotherapy aimed at helping individuals analyze their thoughts and behaviors. With the help of a DBT therapist, this analysis allows for new thoughts and behaviors to take the place of unhealthy ones. And it is incredibly important for adolescents to understand and implement healthy behaviors during this foundational time.

Dialectical Behavior Therapy can help teens and parents work together to find balance. This, in turn, helps the family system as a whole find connectedness and safety. When you as a parent or family begin DBT at our Torrance, CA center, your child will be the main focus. However, we would like for you to work in partnership with your child to help them achieve the best possible outcomes from treatment.

DBT for Teens and Their Families

Our DBT program involves individual therapy sessions for your teen paired with skills group sessions. These group sessions take place with other clients in our DBT program. In this group, it is expected that your adolescent is present as well as one of the adults present in their day-to-day life. This adult may be a parent, stepparent, guardian, or other appropriate adult figure.

Furthermore, families in the skills group are likely encountering similar obstacles to the ones your family is struggling with. This space allows for support and idea-sharing. Our clients have found group skills sessions to be impactful and helpful. Additionally, your child will have coaching calls with their therapist throughout the week. And our team of DBT therapists works together in consultation to provide the best DBT methods possible. This approach creates a network of care to support not only your teen but you as the parent, too.

You, your teen, and your family deserve to feel safe and connected. Family dynamics are challenging, but with the help of a DBT therapist, you can find connectedness again. To engage in our comprehensive DBT program at our center in Torrance, CA, follow the steps below.

Other Services at DBT Center of South Bay

The DBT program at our Los Angeles area DBT center serves teens and adults. Our DBT therapists provide services to help individuals overcome social isolation and loneliness and learn skills for managing anger. Likewise, they are skilled in working with individuals struggling with self-harm and suicidal thoughts. You can access our services in a traditional in-person format or virtually using online therapy in California. For more information about our center, please contact us.

In response to coronavirus (COVID-19) safety and precautions, the DBT Center of the South Bay has transitioned our program to teleconferencing via Zoom until further notice. Offering individual sessions, DBT Skills groups, telephone coaching along with new client assessments and intakes. We are continuously monitoring news and information about the COVID-19 and want to take necessary precautions of the health and safety of all. Please call (310) 373-1823 for more information.